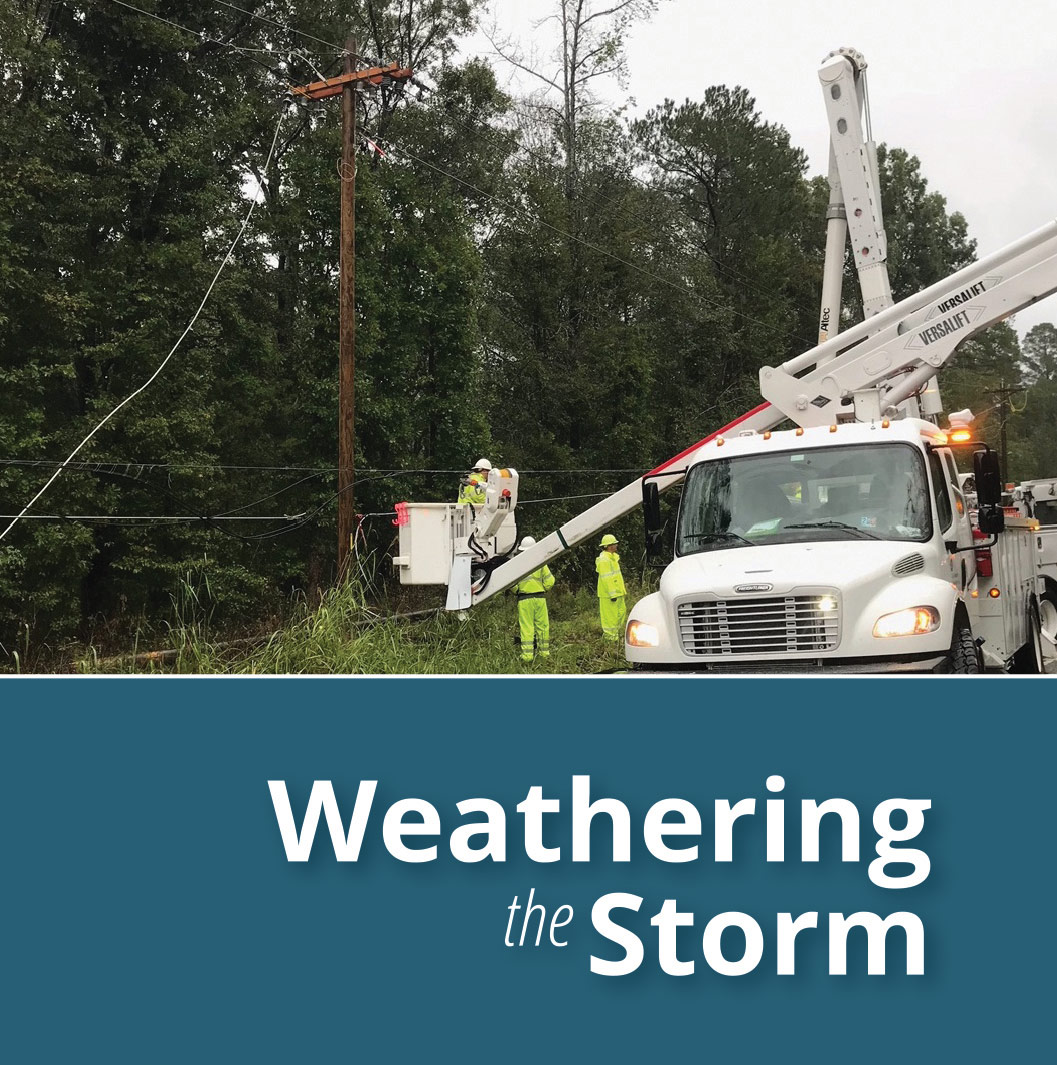 CARTHAGE–Members of Western Illinois Electrical Coop. (WIEC) heard how the co-op is “weathering the storm” of COVID-19 and its quest to keep electric power reliable and affordable during the organization’s 81st Annual Meeting held Thursday, June 24 at the Hancock County Extension Center.

In his report, Manager Todd Grotts said while the pandemic has been challenging, WIEC has been well-equipped to handle it. “The pandemic has required everyone to rethink the way we live, work, do business and connect with one another. At WIEC, we responded by prioritizing the health and well-being of our employees, members, and others around us, while minimizing the impacts on daily business operations.”

Electric reliability and affordability were other issues Grotts addressed. Decisions made by our elected leaders are forcing the closure of many coal mines across the country. The Prairie State Generating Campus near Marissa was the last coal burning plant erected in the country and is the fifth cleanest coal burning plant nationwide. Governor J.B. Pritzker is calling for a closure date well before the plant is fully depreciated. If this occurs, co-ops and municipalities that have ownership of it will still owe approximately $188 million, a cost that would be passed to members and customers of those electric entities.

While renewables are increasingly used to generate electricity, coal is still heavily relied upon for power. Although electric co-ops support renewable energy, the stability of the electric grid depends on coal. During cold weather in February, coal generation provided approximately 75 percent of Illinois’ power supply mix. Grotts explains, “America has developed the electric grid, a complex network of electricity generators and tens of thousands of miles of electrical lines that work together to try to ensure enough electricity is available every day of the year when you need it.” He explained if there is not enough generation available, grid operators will deliberately cut electricity supply to reduce demand to prevent an all-out grid collapse, such as what happened in Texas in February. The North American Electric Reliability Corporation sent out an announcement warning of potential energy shortfalls this summer for California, Texas, New England, and the Midcontinent Independent System Operator, which allocates power to WIEC members.

“The world is moving toward cleaner energy,” he said. “In some ways, policy ahead of technology is very clear and happening as we speak in Springfield.” He explained that the legislature is looking to pass a major clean energy bill, a key component of which is decarbonization – eliminating carbon-emitting sources such as coal and natural gas. it would close all coal-fired generation by 2035 and natural gas-fired generation by 2045. “The dilemma we have as cooperative members is that our largest source of power comes from the Prairie State Generating Campus east of St. Louis,” he explained, “That plant has debt on it until 2042. By closing it prematurely, you’re going to have nearly $200 million in stranded debt, an asset with no way to generate power to pay for it.” If the bill is passed, replacing that power will likely bring a 20-25 percent rate increase for WIEC members.

Noland urged those in attendance to visit voicesforcooperativepower.com or send a letter to Governor Pritzker and their local elected officials to vote against the bill. In closing, Noland said, “This is your cooperative. You own this cooperative. We need you to make your voice heard and help tonight.”

Treasurer Janet Spory reported that WIEC had a strong year with margins of just under $462,000. Profits made by the co-op are referred to as margins, which are allocated to each member in proportion to the value of the electricity they purchase.

Spory explained, “Margins are reinvested into the co-op for a period of time prior to being returned to the members to avoid or reduce interest charges related to borrowing other funds. The retirement of capital credits is a tangible demonstration of the financial value of your ownership in WIEC.”

Earlier this year, the board authorized the return of capital credits to those members on WIEC lines during 1988 and 1989 totaling just under $263,000.

“In the past five years, we have authorized almost $1.2 million in general capital credit retirements plus another $318,000 early retirements to estates for deceased members,” said Spory.

Board President Kent Flesner honored Bill Newton for his dedicated service to the board of directors. Newton served 28 years and resigned from the board earlier this year due to health issues. Dustin Walker of Burnside was elected to fill his seat. Re-elected directors included Kim Gullberg of Stronghurst, Jay D. Morrison of Niota, Robert M. Gronewold of Carthage, and Janet Spory of Sutter.

Western Illinois Electrical Coop. is a member of Touchstone Energy® — an alliance of more than 700 local, consumer-owned electric utilities around the country. The co-op is committed to providing superior service based on four core principles: integrity, accountability, innovation, and commitment to community. The co-op serves more than 3,639 meters over 1,222 miles of line in Adams, Hancock, Henderson, and McDonough counties. For more information visit www.wiec.net.